Dissolved organic matter (DOM) is one of the most active soil components, which plays pivotal roles in the migration and fate of heavy metals in soils. The interactions of heavy metals with DOM are controlled by the structure and properties of DOM. The changes of temperature have a significant effect on the content and composition of DOM and thus may affect the binding nature of heavy metals with DOM. In the current study, we conducted a 180-d incubation experiment with an arable soil at temperatures of 15, 30 and 45 °C. Fluorescence spectroscopy was used to examine the composition of DOM and two-dimensional correlation spectroscopy was applied to determine the binding intensity and sequence between cadmium (Cd) with DOM. Two humic-like substances (C1, C3) and a protein-like substance (C2) were identified from soil DOM. Elevated temperature changed the characteristic and structure of DOM. The humification degree and aromaticity of DOM increased from 15 °C to 30 °C but decreased at high temperature (45 °C). The alterations in temperature exert no impact on the type of organic functional groups in DOM binding with Cd. However, elevated temperature changed the binding sequence of Cd with DOM fractions. Polysaccharide, phenolic, and aromatic groups exhibited the fastest response to Cd at 15, 30, and 45 °C, respectively. These observations would provide a better understanding on the environmental behavior of Cd in arable soils under the context of global warming. 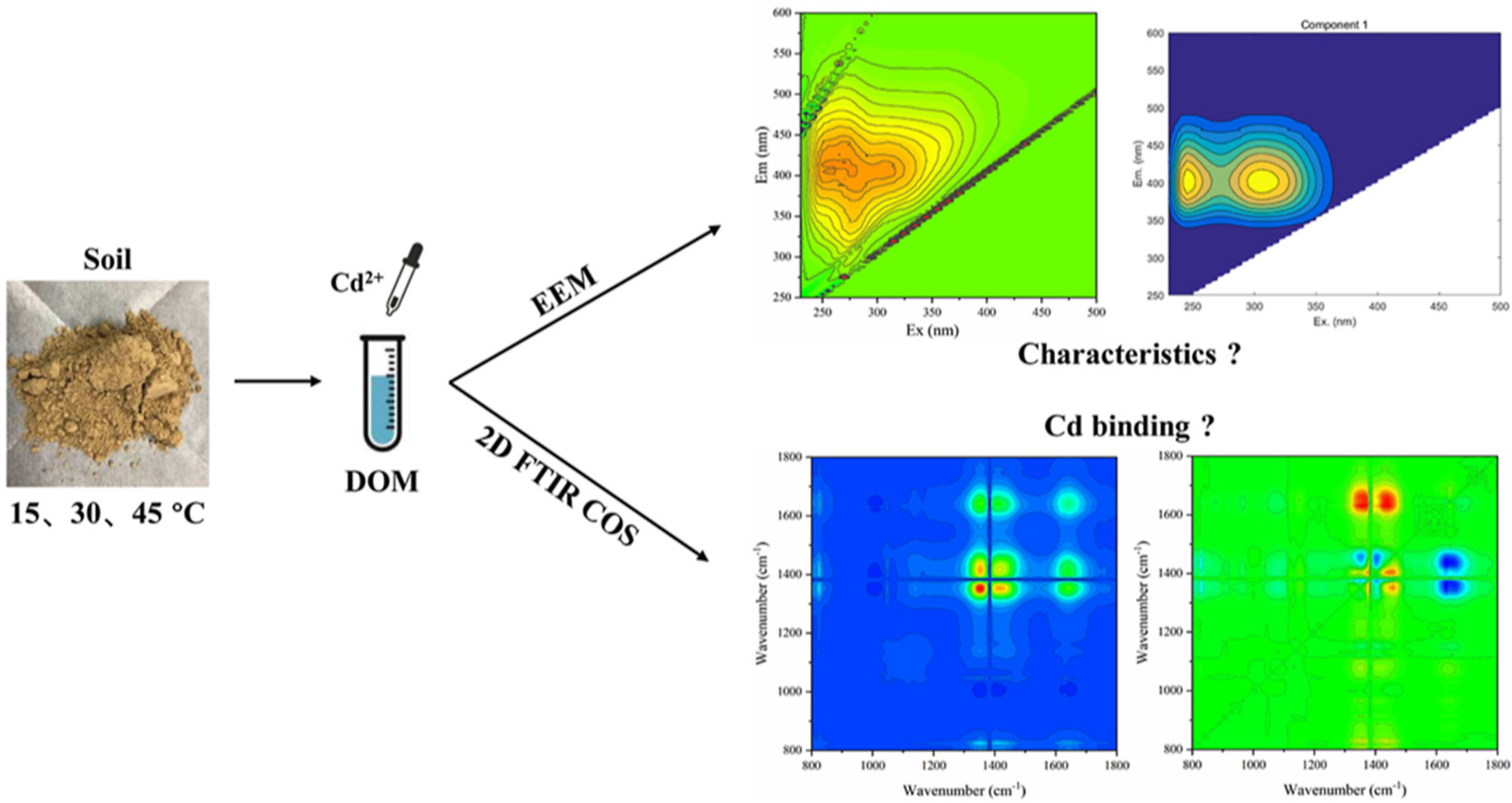